The laws exist to protect the rights of the citizen of any community. Basic human rights need to be protected in order to encourage a supportive and healthy living space. The laws of any country cover a range of aspects and include the rights of different groups of citizens. The two primary laws protecting the rights of criminals and the injured are criminal defense law and personal injury defense law, respectively.

Criminal defense law encompasses a set of legal rulings that protect the right of those accused of a crime. In the case of criminal accusations, the system could be biased against the accused if not for the criminal defense rulings. It is the task of the defense attorney to ensure that this law benefits the accused. One ruling, for example, is that the evidence available against the accused must all be collected by the government. Any physical evidence, a statement by a witness, test result, confession, etc. gathered through any other illegal method cannot be used. The defense attorney ensures that this evidence is not presented in court. Other such examples include the “double jeopardy” provision in the Fifth Amendment and the right to a public trial in the Sixth Amendment. 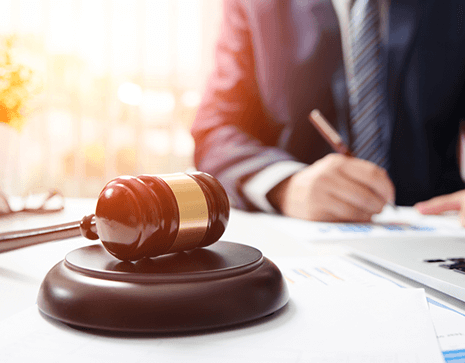 Once accused and arrested for a crime, the first thing that the accused looks towards is to be released from jail so that they can work on building a case to prove his innocence. The defendant is required to post bail so that he can be released from prison until a final verdict is passed after a trial.  It is a form of insurance that guarantees that the accused attends the proceedings because if he does not, the bail money is withheld. The defendant normally hires an attorney to fight his case.

The persona injury defense is a law protecting the rights of a victim of someone else’s intentional/unintentional behavior. If someone suffers any personal injury, physical or otherwise, at the hands of someone else, the victim (plaintiff) has the right to file a personal injury case against the perpetrator (defendant). If the plaintiff wins the case, and the defendant is proven guilty, the defendant is required to pay a compensation for the injury caused. The types of personal injury claims that can be filed include:

This type of claim is filed against the manufacturer of the product that is responsible for the injury of the victim.

Those healthcare professionals responsible for causing harm to a patient can be accused of medical malpractice.

This type of claim is charged against someone if they are responsible for publicly exposing personal information, presenting the plaintiff falsely in a negative light, invading their privacy, etc.

If you ever find yourself in such an unfortunate situation where you wish to press personal injury charges or need criminal defence, you will need to hire an attorney for your case. Law firms like King law have lawyers that have experience in these specific types of cases and can help you out. They have qualified attorneys who have a history of success in these legal situations and can defend your rights.

The Absolute Most Ignored Fact About Law Attorney Jobs Revealed

Things You Need To Understand About Law Attorney Definition And Why